SYNOPSIS: LOOKING BACK THROUGH THE FIREBALL 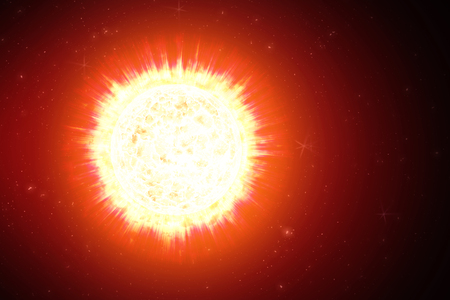 Looking Back Through the Fireball

Tom Leonard is a retired Bayesian statistician and statistical historian living in central Edinburgh. In July 2019, he and Scott Forster presented expert witness testimony at University College London to the Commission of Inquiry into the History of Eugenics at UCL.

Pippa, an in vitro British, trans intersex girl, and Slim, a golden Icarian youth with mental health issues, are exiled, for alleged childhood crimes, to Harry Laughlin College on the Isle of Nod, on Planet Qinsatorix. All life on Earth was destroyed, over a century previously, during the fireball of 2593. The teenagers befriend Dreyfus Dreadnought, an anti-authoritarian, trans male, Apollo Alpha student. They are controlled and maltreated by the psycho-eugenicist headmaster. He takes them and Dreyfus to the Helmsley Retreat, organized by the mysterious Janian cult.

The leading Janians include a prince of the Homo Erectus, and the princeling's golden-skinned sidekick Lady Jemima, and Chief Economic Advisor Ket Martingale.

The adult and junior Janians travel by Heathcopter to the Isle of Mainau, where they meet with Sir Aristides Sunkist, the Living Incarnate of the Janians. The eugenicist Foreign Secretary Dirk Eradacus travels there too, with his intended indentured wife Tamzen. Dreyfus is invited by Sir Aristides to his marital bed. Slim and Tamzen also make love. Sir Aristides orchestrates the blood-curdling defeat of the homo erectus forces in Constanţa, from afar, and this leads to the genocide of all adult homo erectus on the planet. The prince dies horribly on Mainau.

During the following double lunar eclipse, Dreyfus gives birth to Jed, the tenth humanoid Christ Child, but Pippa is Jed's father. Tamzin gives birth to twins Martho and Marie Magdalene, fathered by Dirk and Slim respectively. Dreyfus is maimed and left for dead by the alt-right Apollo Ravens, but Jed, Marie and Tamzen escape to nearby Iona.

Slim and Pippa accompany Dirk and Ket on a 'dirty tricks peace mission' to two other planets, where the populations are brutalised. Martingale becomes First Minister

Dreyfus leads a successful revolution of the indigenous peoples on the Inner Moon. However, the indigenous uprisings against the golden supremacists on the planet surface are cruelly defeated, apart from an attack by the Angels of Iona (helped by Pippa and Slim) on Little St. Jules where the evil fat-cats are killed without mercy.

The golden supremacists counter-attack on the Inner Moon, and a treaty establishes two sovereign governments there The Apollo Ravens ravage Iona, and the Holy Children escape to the Quanta Universe.

The entire Aton solar system disintegrates and falls apart during the following ten years, due to the extreme effects of global warming and climate change, but Earth is rejuvenated, somewhat, by Waker comets which mysteriously appear from afar. Jed and Marie descend to Qinsatorix on a space saucer, and attempt to transcend the 160 survivors (including Pippa and Slim), who're stranded in Peugeot Bay on six Vikini long-ships, to a purple canal on Earth.