TOM LEONARD : MY BLOG POSTS RELATING TO MY PSYCHIATRIC SURVIVOR AND RELATED CAMPAIGNS 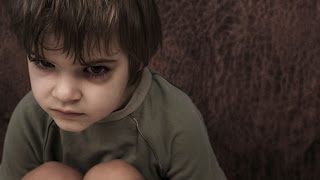 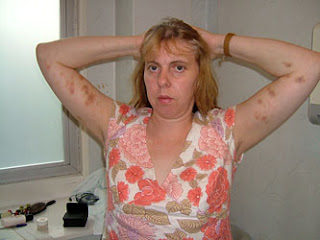 Some of the older posts are incomplete because my website has been archived. It included my old psychiatric home page

Some of the more sensitive posts on child abuse and sibling bullying have been taken off line.

JOANNA MONCRIEFF UCL: ONE OF THE ENLIGHTENED PSYCHIATRISTS OF HER GENERATION APRIL 2022

MOTOR REGULATION AND PAIN IN PATIENTS WITH ADHD (MARCH 2022) 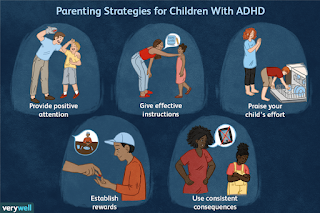 ALL ABOUT ATTENTION DEFICIT DISORDER (APRIL 2019 ) 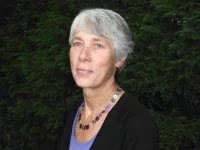 A SELECTIVE HISTORY OF ADD AND ADHD (FEBRUARY 2019) 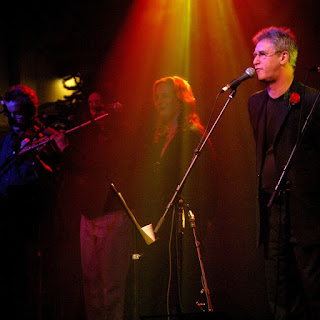 ON THE CURRENT EMPIRICAL STATE OF NEUROSCIENCE (MAY 2018)

THE PETITION CONTRIBUTION THEY TRIED TO SQUASH (FEB 2018)

AN IMPORTANT DISCUSSION ABOUT ADD AND ADHD ( DECEMBER 2017)

IN DEFENCE OF NEURODIVERSITY (MAY 2017)

POLICY OF SAFEGUARDING CHILDREN AND YOUNG PEOPLE IN CHURCH (JAN 2017)

MADNESS, DISTRESS AND THE POLITICS OF DISABLEMENT (SEPT 2016) 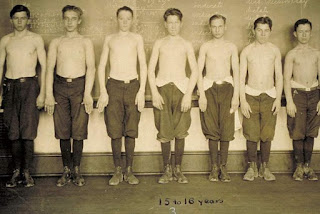 EUGENICS OF THE PAST, PRESENT, AND FUTURE (AUGUST 2016)

WHAT TO DO ABOUT WORKPLACE BULLYING (AUGUST 2016)

WERE PEOPLE WITH ADHD VICTIMS OF A HISTORICAL PLOT? AUGUST 2016

ON THE HISTORY OF ADHD--A SELECTIVE REVIEW (AUGUST 2016)

FROM MY CORRESPONDENCE (JAN 2013) ABOUT PSYCHIATRIC MEDICATIONS (AUGUST 2016)

FROM MY PSYCHIATRIC HOME PAGE (AUGUST 2016)----Only pictures remain

THE FULL HORROR OF THE CIA MIND CONTROL PROGRAM (MAY 2016)

THE SLEEP ROOM: THE TALE OF AMERICAN MIND CONTROL VICTIMS (MAY 2016)

SCATTERED MINDS: INTO THE INTERIOR OF ATTENTION DEFICIT DISORDER

IMAGES OF MY CIRCUITOUS MIND (APRIL 2016)

WELFARE REFORM AND THE RISE OF PSYCHOLOGICAL FUNDAMENTALISM

THE PINEAL GLAND, ITS CALCIFICATION, AND SCHIZOPHRENIA (FEB 2016) THE ART OF VISUALISATION: HOW TO LEARN NEW MENTAL SKILLS ( OCT  2015)

ON THE CARCENIGIETY OF PSYCHOTROPIC DRUGS (OCT 2015)

ME, MY BRAIN, AND BAKED BEANS, BY DR. PETER KINDERMAN

ON THE DARK HISTORY OF PSYCHIATRY AND MK ULTRA (AUG 2015) 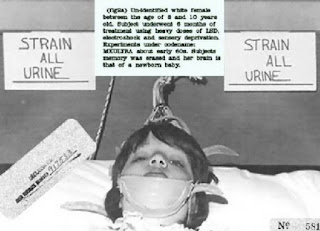 THE MEDICAL INDUSTRIAL COMPLEX AND THE "EUGENICS CONSORTIUM" (JUNE 2015)

on the far right.

Posted by Thomas Hoskyns Leonard Blog at 03:00 No comments: 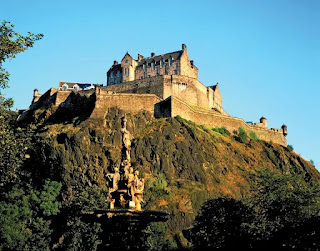 THE HISTORY OF EUGENICS,

LOTS OF POETRY AND SELF-PUBLISHED NOVELS

Posted by Thomas Hoskyns Leonard Blog at 16:10 No comments: The hows and whys of Universe Zero will forever remain a mystery, but the next 777 universes were created by consecutive Big Bangs. Universe 777 came into existence when the dazzling megastar Vetor burst through the Turing wormhole from Universe 776, sometimes referred to as the Milky Way Universe.

Thereupon, Vetor progressed across a new, ever expanding sub-sector of Vorta-Space, at speeds far exceeding the speed of its own light (while providing yet further practical refutations of Bjorn Born’s laws of generalised, psychometrised quantum theory) and splintering into vast galaxies as it went.

The space station Catriona, a fluorescent red cube similar in volume to one of the smaller moons of Jupiter, burst through the Turing wormhole a billion Planet Keppler years later and criss-crossed the same universe at similarly high speeds. By then, numerous planets had materialized in Universe 777, of which sixty had, by the presumed grace of the much blessed Ophelia, developed vibrant geological systems beneath the planetary crusts and life-supporting conditions and weather systems in the surrounding atmosphere. They were consequently blessed with oceans, land masses, animals, birds, reptiles, and a large variety of flora and fauna.

At the time of Catriona’s appearance in Universe 777, Torus was the most advanced in evolutionary terms of these sixty planets. This colourful spheroid, once a donut-shaped torus, was by then in precise elliptical orbit around the Frog Star.

According to the Word of Cnat, the evolutionary processes and all creatures thereby evolving were part of a mysterious ‘Creator Spirit’ called Ophelia who encapsulated the entire Vorta-Space. A portion of the Spirit’s brain was said in Beginning, Chapter 4, Verses 10-15 to be omnipresent in Sacred Chapel of the Divine One on Catriona, from where she issued subliminal instructions to her living incarnates and followers with the purpose of improving the evolution of the species.

When Catriona came through the wormhole, the cubic space station was inhabited by many manner of species of intelligent talking creatures, including a million, four-armed Zazins, fifty thousand fiery Walrusians, tens of millions of hard-working, hi tech Atum, a variety of homo-humans that included two million much-abused homo sornicus slaves, and the a hundred thousand highly spiritual Shamans who lived in the Nu Sphere near the Omni-Core.

There was also a ‘Noah’s Ark’ of species of animals at various stages of evolution, and a massive ellipsoid containing countless billions of amoeba.

The Atums vaguely resembled humans. Apart from their outcast fully-trinarys, they were each of one of three officially designated genders. These were determined by the midfolk attending their births.

Kyle, Drew, and Jordan Rainbow were an officially encouraged Atum ‘love triple’, with respective genders u-male, v-male and z-male. They were all I.T. specialists in the space station's Time and Motion department, and  lived and worked together in their sparsely furnished, single-roomed unit in the 'T and M' minicube, with their pet parrot Ferris. They found their work projects to be extremely boring and thought, strictly in private, that Time and Motion primary served to regiment the movements of the corridor cleaners, restaurant staff, and retail workers, but without actually improving their efficiency.

The Rainbows were playing a tediously long game of Monopoly together one evening during the Fall of AD 300,021, when there was a loud bleep. A split second later, they heard sonic sounds coming through a speaker in the ceiling. It was the voice of the Chief Automaton.

“The Grand Council have it in mind,” announced the automaton, “to send ten thousand Atum babies to Planet Torus during the mass migration program next year. You are one of our optimally selected triple of potential parents, having been selected by the Enhanced Evolution Algorithm. Would your v-male please therefore take a pregnancy test in seven days time. If her  egg is golden by then, you will receive a generous gift voucher and a free weekend for three in the First Corner resort."

"Boring!" exclaimed Jordan, putting away the Monopoly set, but Kyle brightened up a bit, and smiled. Drew found an e-book entitled Motherhood on the interstellar internet, poured herself a tonic and lemon, and began to read. Ferris leapt onto her shoulder, and chirped whenever she turned to the next page.

The control complex of Catriona seemed to Lieutenant Iota Iyola to be a world of its own, a far cry from Planet Tycho Brahe in the Milky Way (from where her high functioning children and alcoholic ex-husband occasionally visited her on inter-universe Zoom). Iota lived in the complex with her hundred or so fellow  Officers of the Flight Bridge, all worthy homo erectus Kyusans like herself, and with her very inquisitive, college-educated pet puma Kim Catworthy.

One morning, Iota's routine was focussing her attention on when a voice summoned her to the command room for a mini-conference. Others attending the meeting included Iota’s boss Captain Vass Korchnoi, and  retired Admiral Nam Nimitch, the head of the special police. Nimitch was a Novogrian and all of his officers were too. Descendants of the primeval Novrons, they were much more centre-brained than humans. Hence their powers of deduction were phenomenal.

More than 50,000 in number, the special police resided in the Nerve Centre in the Seventh Corner of Catriona. Nimitch's constables were able to move rapidly around Catriona by internal teleportation and hence to respond to his every whim.

Iota’s pet puma Kim stayed on the bridge admiring distant, distinctly-shaped galaxies and a green comet that was hurtling through the Pi-Sun system.

It's doubtlessly brimming with ingenious life-forms and novel biochemical compounds from afar, thought Kim. Maybe I should pen an article for 'Science and Nature'.

“I understand that the Atum babies and their Shaman adoptive parents won’t be migrating to Torus until late next year,” Nimitch was saying. “In the meantime, we’ll try to confine the homo sapiens to their confounded Sappy Sphere, just in case they manage to infiltrate the planet surface and try to start a revolution.”

“That sounds perfectly reasonable, I suppose,” agreed Korchnoi, “We’ve already teleported thousands of Atums to the Central Migration Region, along with similar numbers of homo sornicus slaves and Walrusian overseers."

"Excellent! The Walrusians and Novogrians are like kith and kin. We've conquered several planets in the Andromeda galaxy together."

"Yes indeed," sighed Korchnoi, "but would you believe that the  Walrusians are forcing the Sornies to scatter themselves around the countryside and to build grass and mud wigwams and bog-standard tin huts to survive in? The poor buggars have to swill the pigsties and snappit cages at crack of dawn, and plough vast tracts of land before nightfall. The Walrusians eat in style on the ham and snappit stew, while the Sornies are expected to survive on large insects and verminous rats. What a miserable existence!.”

“But they bring their squalor on themselves,” objected Nimitch. “They’re an inferior species when all said and done.”

A teenage Zoom girl, who was struggling with the sound system, took exception to Nimitch's inappropriate choice of vocabulary.

“Y-you sound as if you're into s-scientific r-racism, she stammered. “We homo sapiens would never talk about other species like that.”

"Sure they do," retorted Nimitz. "And you sound like a  holier than thou Slotskyist, just like those redneck human terrorists. Any more of your insolence and I'll arrest you on the spot!”

“Excuse me, Captain,” said Lieutenant Iyola, as the unfortunate technician fled in terror, “but the Living Incarnate used the term ‘time-compression’ during last week’s Grand Council meeting. Does that mean that we’ll be able to time-travel again? I’d certainly like to get out of here at this very moment.”

“I don’t know, Iota,” replied Korchnoi, with a deep sigh. “There’s rumoured to be an archaic Kalman-Bucy time machine hidden somewhere in this space station but we’ve never been able to find it. However, our revered Living Incarnate insists that our Creator Spirit is able to compress time as part of some sort of natural process.”

“Excuse me for interrupting, Admiral,” blurted a teenage CNN reporter, “but you might be interested to hear that the homo sapiens activist Rip Rapper was arrested twenty minutes ago on suspicion of terrorism. He is being held in an Ionised Convulsifier by Central Mind Control.”

“Thank you, laddie,” responded Nimitch, with a jovial smile. We’ll send what’s left of him to the next meeting of the Grand Council for sentencing by the crazy Incarnate. She'll probably send him to the Duchess of Doom's body choppers without batting a single eyelid.”

“Not that!” shrieked the teenager, bursting into tears, and Nimitch laughed.

CHAPTER 2: THE GRAND COUNCIL OF CATRIONA

Posted by Thomas Hoskyns Leonard Blog at 05:54 No comments:

SCOTT AND JULIE'S PICTURES FROM PRAGUE

The National Museum was beautiful

TV Tower ugly and a waste of time
Enter