SCOTT AND JULIE AT THE MONUMENT OF VICTOR EMMANUEL 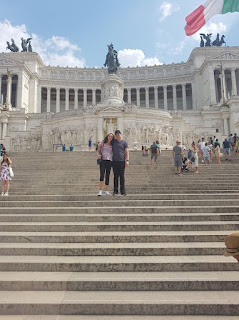 Scott and Julie on the steps which my father Lieutenant Cecil Leonard of the British Eighth Army and attached to the American Fifth, climbed after the Battle of Anzio in 1944  and upon the Liberation of Rome. My father was wearing a captain's hat bought for him by my mother Rhona Leonard and was said to look like General Alexander. The US headquarters were at the top. My father , who always told a good story, claimed that the Yanks sent out an honour guard to greet him! At Anzio, my father survived a British diversionary attack along the beach, While the majority of his battalion were killed or wounded, the Yanks were able ti take the glory by making a direct attack inland, 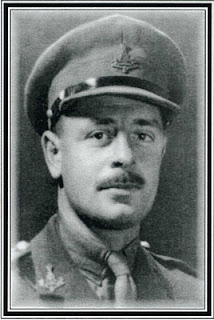 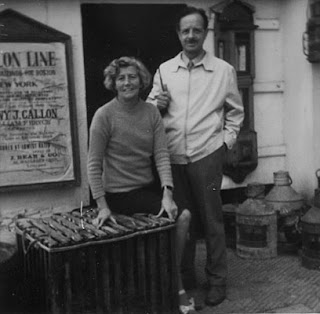 Cecil and Rhona Leonard, Saltash Cornwall in about 1970 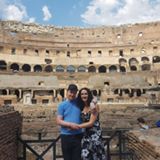 Scott and Julie in the Coliseum