KEVIN FRET, AND MY 'CHILDREN OF DALEKS' MINISTRY 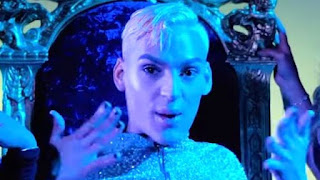 
Friends, the LGBT community is currently grieving the death of the gay rapper and LGBT spokesman Kevin Fret, who was gunned down last week while riding his motorcycle in Puerto Rico. Kevin was shot eight times in his legs and head. He was a beautiful, gender fluid person, and he was only 24,

According to Quaker Advice and Queries  31: We are called to live 'in the virtue of that life and power that takes away the occasion of all wars', Do you faithfully maintain our testimony that war and the preparation for war are inconsistent with the spirit of Christ? Search out whatever in your own way of life may contain the seeds of war . Stand firm in our testimony, even when others commit or prepare to commit acts of violence......

Perhaps I should explain that my flatmate recently encouraged me to watch a snippet of the latest episode of Dr. Who.   The all accepting female Dr, Who has to deal with a Dalek, recently reincarnated from the ninth century, who invades the body of a young lady in order to exterminate mankind. I have always identified the Daleks in a literary sense with the fascists and extreme evangelical fundamentalists who kill and eugenize large swathes of human kind because they somewhow regard themselves as superior, Can we regard these fascists and extreme evangelicals as Children of God? Perhaps I could be forgiven if I say that they are more like Children of Daleks, 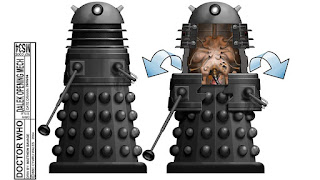 Later in the meetings on Sunday. I indicated that my ministry was scripturally justified by Jesus's teachings on forgiveness (and unpardonable sin) in the Synoptic Gospels. See also THE CHRISTIAN LIE. These gospels wete written by early Jewish grass roots activists as liturgies.
Posted by Thomas Hoskyns Leonard Blog at 04:11 No comments: