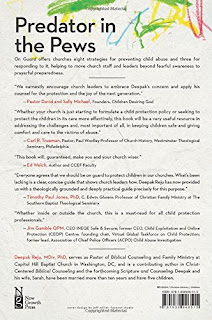 I CALL UPON ALISON CAMPBELL, ERSTWHILE ELDER OF ST. ANDREWS AND ST. GEORGE'S WEST CHURCH EDINBURGH TO DIVULGE EVERYTHING SHE KNOWS ABOUT HISTORICAL BULLYING IN HER CHURCH AT THE TIME THAT ANDREW McLACHLAN WAS MINISTER

This afternoon I met The Rev Ian Gilmour of this COS church of which I was formerly a member (for under a year), He gave unsatisfactory responses regarding the suspicions which led me to promptly leave the Church in about November 2016, This was immediately after my Sunday morning spiritual discussion meeting,. as a self-declared member of the LGBT community, with three longtime elders: Alison Campbell (who would make an excellent witness, but left early), ***** and *****.

Alison set out at the beginning of the meeting to tell me about the bad things in the Church. She for example advised me of historical bullying in the Church some ten or more years previously while Andrew McLachlan was minister, and she seemed to concur with my perception that children were currently being brainwashed in the Church (by the same people perhaps).

After Alison left I got into an argument with **** regarding her perception that 'the Dunblane murderer should be forgiven. During the course of the discussion she asserted to the effect that 'Many people can't tell the difference between gays and paedophiles'. This is one of the worst pieces of homophobia. I have ever had to put up with, particularly in a supposedly all-accepting church.

During the subsequent discussion, ***** came strongly to the defence of paedophiles and claimed that his Kirk Session had previously decided to welcome paedophiles and gay people into the Church,

During the subsequent e-mail correspondence, the Rev Gilmour admitted that his church did not refer to any of the standard procedures for protecting children from paedophiles, but refused to consider introducing any such officially approved procedures

Rev Gilmour presumably lied to me today when he denied that there were any historical suspicions of child abuse in the Church of Scotland, You might wish to interview Rev Gilmour, Alison Campbell (who is a very nice, reliable lady), ***** and  *****on these matters.

I hope this is helpful.

Ewart Shaw "...knows of no suspicions of historical child abuse...".
Saying "knows of", "suspicions", "historical"... flags that, whatever the full truth may be, the person has no interest whatever in discovering it.

Thomas Leonard too true, and this guy's blatantly ignoring the truth about the danger, which is well known to his senior elders.

Clayton James Johnson As you are fully aware, this is an existential situation that is far beyond words. For some, this is also related to trauma. In the Church, some are no doubt sensitive to the realities of this situation. If I were to try and muster up a "clinical term" for those who have expressed insensitivity towards these situations, I would identify them as authoritarian personalities who are unaware of their own contradictions, even when they are politely or poignantly pointed out to them.


PROTECTING AGAINST CHILD ABUSE IN YOUR CHURCH

I understand that while the Church of Scotland screens Sunday school

teachers, few of their Churches take sufficient measures to protect their

children from predators in their congregations. This blog post is part of my
potentially effective campaign to encourage them to adopt a more

sensible approach particularly when the elders of a Church say that

paedophiles are welcome into their congregation, In some supposedly

LGBT people who follow the rule of law. This can lead to a curious mix---

for respectable members of the LGBT community, It has to be

experienced to be believed,

The Rev Ian Gilmour of the Church of Scotland this afternoon advised me that he knows of no suspicions of historical child abuse in the Church of Scotland. That's nice to know (I'm being sarcastic of course!)
Sun 20th August:
Following helpful discussions today with several people in the know, I am reluctant to speak out too much more on social media regarding child abuse because of the toxic reactions by paedophiles when they feel under threat.(ADDED LATER: Over the years I have experienced three seriously toxic reactions while trying to confront paedophilia in the LGBT community and in an Edinburgh church of another denomination)

The first hearing of the Scottish Child Abuse Inquiry has taken place in Edinburgh.
CHURCHOFSCOTLAND.ORG.UK

Posted by Thomas Hoskyns Leonard Blog at 00:56 No comments: