AUTHOR'S NOTES; LOOKING BACK THROUGH THE FIREBALL

Looking back through the Fireball 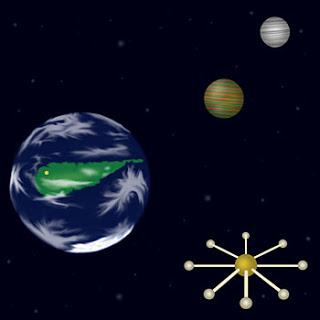 This novel is about transgender issues, mental health and the reality of eugenics.

The story is set in the Red Trojan Universe of the early twenty-eighth century, and looks back on topical events on Mother Earth, from Qinsatorix and other planets in the Aton solar system.

During July 2019, Scott Forster and I gave verbal and written expert witness testimony in Bloomsbury, London, to the Commission of Inquiry into the History of Eugenics at UCL. We were particularly impressed by the responses by the UCL museum curator Subhadra Das, statistician Professor Tom Fearn, evolutionary geneticist Professor Mark Thomas, and Joe Cain, the UCL Professor of Science and Technology.

During late November 2019, I attended a Candlelight Vigil for Transgender People outside the Scottish Parliament, amidst furore regarding the proposed Gender Recognition Act, During that evening, I talked at length with Jo Clifford and Joanne Alice Brown. I then decided to stop attending the Quakers, because of their unexpected failure at a local and national level to adequately support the cause of their transgender members.

I started writing my story about Pippa and her teenage friends Slim and Dreyfus during January 2020, primarily as a way of criticizing the present from a hypothetical future.

My concerns surrounding eugenics, socio-political control, transgender issues, neurodiversity, mental health, and group spirituality are addressed. I believe that spirituality is much more important than institutionally imposed religion within our caring secular societies

I completed a draft version of this novel (13 chapters, 66000 words) during May 2020 after two months of self-isolation with my forbearing flat-mate while taking daily strolls down Leith Walk and London Road, though not quite making it to Lochend Park.

By April 2021, I'd streamlined the book, with the help of Scott Forster to under 30000 words. This followed the announcement by UCL, during January 2021and consequent to the 2019 inquiry, that the names of the now disgraced statistical eugenicists Sir Francis Galton and Karl Pearson would, be removed from the buildings and lecture theatres at UCL

I would to like to thank Scott Forster for all his splendid historical and literary advice, and Julie McGarvey and Rev. Bill Taylor for commenting on the manuscript.