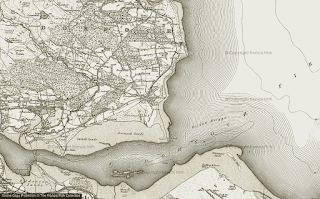 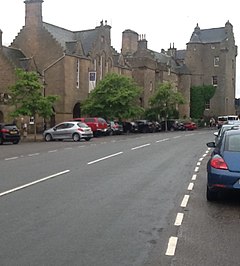 Dornoch (/ˈdɔːrnɒx/; Scottish Gaelic: Dòrnach [ˈt̪ɔːrˠn̪ˠəx]; Scots: Dornach) is a town, seaside resort, parish and former royal burgh in the county of Sutherland in the Highlands of Scotland. It lies on the north shore of the Dornoch Firth, near to where it opens into the Moray Firth to the east.

The name 'Dornoch' is derived from the Gaelic for 'pebbly place', suggesting that the area contained pebbles the size of a fist (dorn) which could therefore be used as weapons.[4] Dornoch has the thirteenth-century Dornoch Cathedral, the Old Town Jail, and the previous Bishop's Palace which is now the well-known hotel, Dornoch Castle and a notable golf course, the Royal Dornoch Golf Club, named the 5th best golf course outside the United States in 2005 by Golf Digest.

It is also notable as the last place a witch was burnt in Scotland. Her name was reported as Janet Horne; she was tried and condemned to death in 1727. There is a stone, the Witch's Stone, commemorating her death, inscribed with the year 1722.[5] The golf course designer Donald Ross began his career as a greenkeeper on the Royal Dornoch links. The golf course is next to the award-winning blue flag beach. 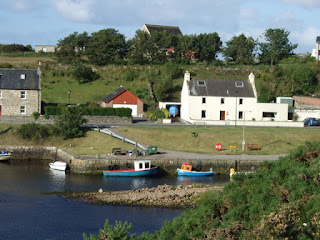 Brora is a small industrial village, having at one time a coal pit, boat building, salt pans, fish curing, lemonade factory, the new Clynelish Distillery (as well as the old Clynelish distillery which is now called the Brora distillery [3]), wool mill, bricks and a stone quarry. The white sandstone in the Clynelish quarry belongs to the Brora Formation, of the Callovian and Oxfordian stages (formerly Middle Oolite) of the Mid-Late Jurassic. Stone from the quarry was used in the construction of London Bridge, Liverpool Cathedral and Dunrobin Castle. When in operation, the coalmine was the most northerly coalmine in the UK. Brora was the first place in the north of Scotland to have electricity thanks to its wool industry. This distinction gave rise to the local nickname of "Electric City" at the time. Brora also houses a baronial style clock tower which is a war memorial