There have been several claims that Tulloch Castle is haunted. Visitors and hotel staff have reported witnessing apparitions in the form of a young girl and a middle aged lady. These supernatural claims were explored in the Grampian Television series Beyond Explanation in 2005, although no conclusive evidence exists to validate such reports. On 28 May, 2008 it was reported by the Sun News that a 14-year-old boy named Connor Bond apparently took a photograph (with a digital camera) of a "hand" holding on to the stair railing with an apparition floating behind it. As of 28 May, 2008 the images he took of the ghost are currently being examined by film and paranormal experts to prove their validity. 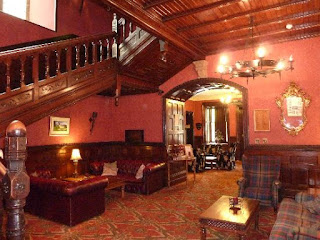 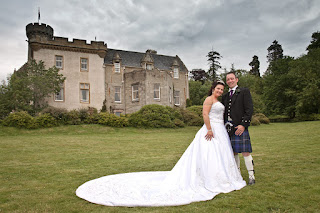 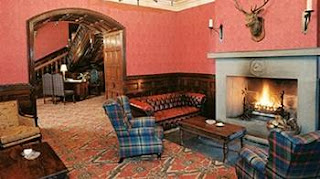 In about 2006, lots of curious tittle tattle was circulating around the Edinburgh LGBT Community about what might really be happening at Tulloch Castle. A young musician from Midlothian called Cameron. even said something about a Druidic circle. Following strange meetings in Edinburgh with Cameron and Walter Mitty (see below) in 2018, I'm inclined to believe Cameron and lots of other weird stuff he told me many years previously. But where is the Druidic circle? It certainly isn't in the grounds of Tulloch Castle. 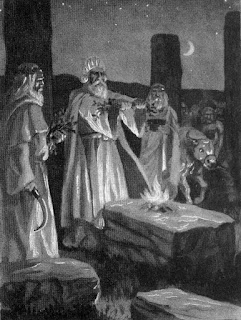 In about 2006, A distinguished-looking Walter-MItty-esque friend of Cameron with an apparently appropriate apparent surname (who'd previously thought that he was head of the Samaritans and now thinks that he's an eminent professor) said that his family seat was in Tulloch Castle, added further to the mystery by setting me a strange puzzle concerning politicians being taken on trips to these climes, and sent me all sorts of weird documents and messages in Spanish, I was, however, never able to get to the bottom of it!  A graduate in History and Politics called Jason from Stirling University had previously told me (in the Summer of 2000) about Edinburgh-SNP-organised 'hunting trips for prey' for politicians and VIPs to the Inverness area and I regard his information as reliable. Maybe these strands of information can be pulled together by considering my 2021 blogpost. In other words, have various politicians and VIPS got together for gay fun and frolics on the Fodderty Stones (not all of which are at Kilvannie House)
HAUNTING THE FODDERTY STONES, KILVANNIE HOUSE AND TULLOCH CASTLE 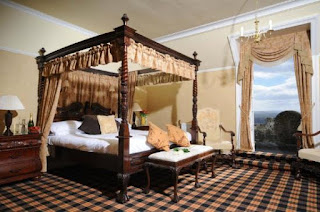 Tulloch Castle likely dates to the mid 16th century, when Duncan Bane (Bain, Bayne) was granted the barony of Tulloch in 1542.[1]
In the 18th century however, ownership of the castle changed hands. Kenneth Bayne, 8th Laird of Tulloch, sold the estate to his cousin, Henry Davidson, on the 13 January 1762.[1][not in citation given] On Henry's death in 1781 Tulloch was inherited by his younger brother Duncan Davidson (1733–1799).[2] He was in turn succeeded by his son Henry (1771–1827), grandson Duncan (1800-1881) and great-grandson Duncan Henry Caithness Reay Davidson (1836–1889),[3] who was the father of the last Davidson of Tulloch, Duncan (1865–1917).[4]
The castle passed out of Davidson ownership in 1917 when the last direct descendant of this family, Duncan Davidson, died and left the castle to his daughter and her son, Colonel Angus Vickers, of the Vickers aircraft company.
After serving as the Vickers' family home for several years, and as a hospital for casualties of Dunkirk in 1940, Tulloch Castle was purchased by the local education authority in 1957. It was used as a hostel for students from the west coast of Scotland who were studying at Dingwall Academy until 1976.
After this, the castle fell into disrepair until it was renovated and converted into a hotel by local family, the MacAulays, in 1996. Now part of the Oxford Hotels and Inns chain, Tulloch Castle is used as a hotel and conference centre. It played host to the official Clan Davidson Gathering in October 2007.