. as a rule, regulation is acquired by the industry and is designed and operated primarily for its benefit... We propose the general hypothesis: every industry or occupation that has enough political power to utilize the state will seek to control entry. In addition, the regulatory policy will often be so fashioned as to retard the rate of growth of new firms.– The Theory of Economic Regulation, George Stigler, 1971[5] 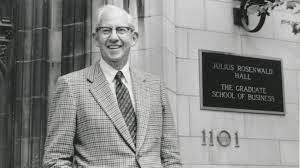 George Stigler was a very right wing economist of the Chicago School, a member of the Mont Pelerin Society with Milton Friedman, These guys are responsible for many of the evils of Capitalism today. They strongly influenced neo-liberalism.