HISTORY OF REGENT BAR, EDINBURGH, AND NEIGHBOURING BUILDINGS ON ABBEYMOUNT 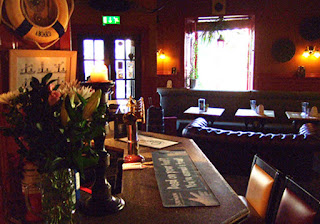 Alan Joy and his partner Colin opened the Regent Bar on Montrose Terrace, Abbeyhill, Edinburgh in 2003 as an alternative to the more earthy and slightly dodgy LGBT bars on the Top of Leith Walk, and the more pretentious New Town Bar on Dublin Street. The place on Montrose Terrace was closed before Alan and Colin started up, though it had been open as the Regent Buffet during the 1950s. Alan and Colin were previously the proprietors of  the Blue Moon Cafe on Broughton Street, in Edinburgh's Pink Triangle, and later the proprietors of the Nom de Plume restaurant, further down Broughton Street and above the LGBT centre in the basement, 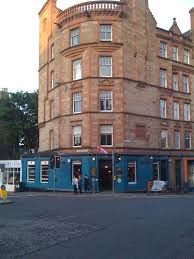 The bar closed on 23rd March 2020 due to the coronavirus pandemic, but re-opened on 4th August 2020 at 4pm. It is very safe and convivial there, averaging about 12 customers at any one time. It's good  to see the usual bar staff again.
THE BAR RE-OPENED FOR A SECOND TIME ON 17th MAY 2021 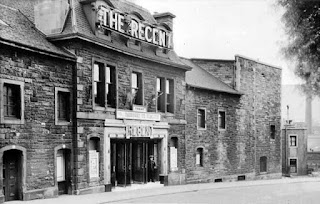 QUOTE:Converted from Youngers;St. Anne’s Brewery buildings, the Regent Cinema opened on 1st August 1927. It was a project of independent operator Graham Youll and the conversion was carried out by architect T. Bowhill Gibson. In March 1928 it was taken over by General Theatre Corporation (GTC), who were taken over by Gaumont British Theatres in May 1928. Late in 1929 it was fitted with a British Acoustic sound system. The Regent Cinema had a 30 feet deep stage, a Compton 2Manual/6Rank theatre organ was installed and there was a tea-room for patrons.

Later operated by the Rank Organisation it was closed on 2nd May 1970 with “Carry On Again Doctor” and Oliver Reed in “The Trap”. It was used as an occasional Fringe theatre and also a live rock concert venue for a while, but this proved to be not very successful and the building was standing derelict in 1984. It was subsequently demolished.
Contributed by Ken Roe


"The Regent Cinema at Abbeymount opened in August 1927.  The Architect was T. Bowhill Gibson, and the original seating was for 1,700.
The cinema was sold to GTC (Gaumont) in March 1928.
It closed in May 1970 and has now been demolished.  There is a garage on the site of the old cinema."
Gordon Barr

During 19th Century cinema was instead

Stewart's Ballroom was situated at Abbeymount Edinburgh, and was originally owned by councillor John F Stewart, who apparently lived in the large house you can see just beyond the Astoria entrance in the black and white picture below.  Later it would become the Astoria and play host to many punk and new wave acts.  The final guise of the Astoria was "The Good Time Emporium" pub/restaurant.
Posted by Thomas Hoskyns Leonard Blog at 08:56