GRAND SCHEMES OF THE PAST AND FUTURE 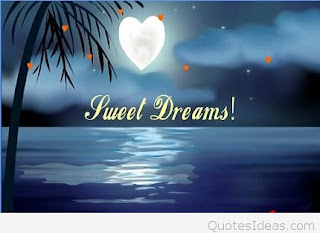 After completing my novel The Grand Oligarch, I am revising an old manuscript which I completed early in 2012, The revised version will be called 'Future'Grand Schemes of the Past and Future. Here is a snippet to whet your appetite:

Susan Lindsay often dreamt about travelling to the stars, and now, in AD 2394, she'd been appointed to an assistant professorship at the University of the Sunrise on Qinsatorix, an Earth-like planet in the Aton solar system. Susan's kid brother Kevin would be working as a junior scientist in the same department, having recently completed his Masters.

While Susan, who was by no means even a gamma-girl, thought that the stars were about to become her oyster, she was unsure whether she and Kevin would be flipping into a parallel universe or travelling to the back of beyond. Indeed, the elf-like Astronomer Imperial, perhaps the brightest alpha-diva in London and the leader of the highly-intellectual Wizard’s Circle, regarded the whereabouts of the sister planet as beyond human comprehension. That was before anybody on Earth knew about the wormhole in the Constellation of Orion.

Susan was a touch concerned by the brutal recent history of Qinsatorix. The hi-tech Icarians, who were the traditional inhabitants, had been invaded by the Apollos in 2285.The conquerors were a colourful mixed bag of humanoids who maintained their own civilisation on the planet’s Inner Moon.
As the Apollos didn't have the nous to design battlecruisers, they descended in a fleet of hired cargo transporters and exterminated vast swathes of the planet’s population with poisonous gases. After commandeering the Icarians’ micro-analysis and communications systems, they ravaged their rich agricultural and mineral resources, and ground the runt of their once-thriving society into the dust.

Susan was astonished that the repressive British had contrived to rule Qinsatorix even though they didn't know where it was. One of their armoured divisions invaded the planet in 2353 after twelve cubic-headed Rottspsychers emerged from under St. Paul’s Cathedral with eight hedgehog-like superhighway devices known as ‘cosmo-surfers’. The Rottpsychers’ primary motive was to regain control of the purse strings on Qinsatorix that they so disastrously lost to the Apollos in 2285.
Posted by Thomas Hoskyns Leonard Blog at 01:22