The Theological Anthropology of Eustathius of Antioch by Sophie Cartwright 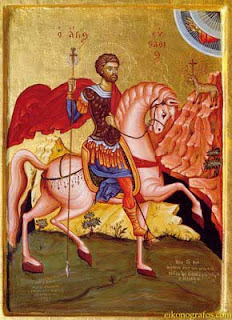 This authoritative study explores Eustathius of Antioch's theological anthropology, offering insight into one of the most important thinkers of the early Arian controversy. Sophie Cartwright situates Eustathius' thought in relation to the early 'Arian' controversy, the Constaninian Revolution, the theological legacies of Irenaeus and Origen, and the philosophical commentary tradition. She also locates Eustathius within his historical context and provides a detailed overview of the sources for his complex and fragmented corpus 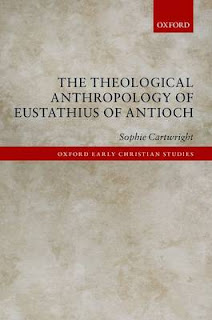 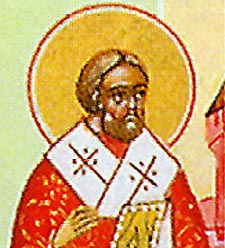 Eustathius of Antioch, sometimes surnamed the Great, was a bishop and patriarch of Antioch in the 4th century.
He was a native of Side in Pamphylia. About 320 he was bishop of Beroea, and he became patriarch of Antioch shortly before the Council of Nicaea in 325. In that assembly he distinguished himself zealously against the Arians, though theAllocutio ad Imperatorem with which he has been credited is hardly genuine.
His anti–Arian polemic against Eusebius of Caesarea made him unpopular among his fellow bishops in the East, and a synod convened at Antioch in 330 deposed him for adultery,[1] which was confirmed by the emperor.
For instance, in the dispute with Eustathius of Antioch, who opposed the growing influence of Origen and his practice of an allegorical exegesis of scripture, seeing in his theology the roots of Arianism, Eusebius, an admirer of Origen, was reproached by Eustathius for deviating from the Nicene faith, who was charged in turn with Sabellianism. Eustathius was accused, condemned, and deposed at a synod in Antioch. The people of Antioch rebelled against this action,[2] while the anti-Eustathians proposed Eusebius as the new bishop, but he declined. He was banished to Trajanopolis in Thrace, where he died, probably about 337, though possibly not until 370.[3]
The only (previous) complete work by Eustathius is the De Engastrimytho contra Origenem (ed. by A. Jahn in Texte und Untersuchungen, ii. 4; J. H. Declerck in Corpus Christianorum - Series Graeca no. 51, 2002), which discusses the episode of the Witch of Endor in 1 Samuel. Other fragments are enumerated by G. F. Loofs in Herzog-Hauck’s Realencyklopädie.
The Commentary on the Hexameron attributed to him in the manuscripts is not authentic. 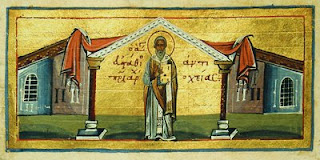 EUSTATHIUS' ATTACK ON THE PARTY OF EUSEBIUS OF NICOMEDIA 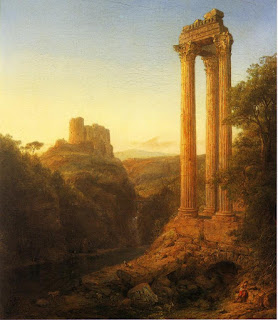