ON ANALYSING THE SCOTTISH CRIME STATISTICS, AND MENTAL HEALTH

I believe, in subjective terms, that crime rates are likely to be very much related to mental health and to the potentially harmful side effects of psychiatric medications. Unfortunately, in Scotland at least, the authorities don't seem to have recorded enough data to the quality which might establish this, Whether they omit to do this by design rather than by neglect is a very good question.

In the following two videos, two very able researchers in the Departments of Law at the Universities of Edinburgh and Glasgow discuss their investigations of the changes over time and geographical location of the age distribution of crime in Scotland

Please click HERE for a description of Ben's research program. 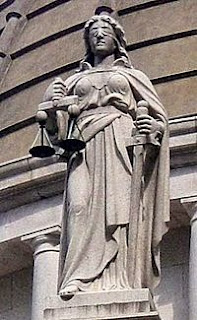 In her PRESENTATION to the Edinburgh Section of the Royal Statistical Society during April 2013, Professor Susan McVie of the Department of Law of the University of Edinburgh had described her very interesting investigation into the changing crime rates (rather than conviction rates) in Scotland and also focussed somewhat on youth crime,

During my investigations relating to my public health campaign I had only recently discovered from a carer who worked at a home for the learning disabled that children with ADHD who are given ritalin can be violent or suicidal as a side effect of their psychiatric medication, and that this can put some of them into young offenders' institutions. Other psychiatric medications, e.g Prozac for depression, are also associated with side effects that might well increase the propensity for violent or non-violent crime. Around 20% of the Scottish population (criminals and non-criminals together) currently experience some side effect from psychiatric medications, and these are potentially debilitating.

Also click on DR. JOHN CRICHTON for his literature review of many articles which discuss the correlation between mental disorder and crime

During the discussion of Susan's talk, I therefore suggested to Susan that, by not taking into account the possibly significant effect of these important health variables, she risked endangering the key conclusions relating to the other variables in her analysis.

More generally the influence of a third variable, referred to as a 'confounding' or 'lurking' variable,can cause the apparent correlation between the two variables under consideration to be SPURIOUS. Please click on SPURIOUS CORRELATION for several simple examples.

Please click on STORKS for some simple graphical representations of this phenomenon, in the context of the Oldenburg Stork data and other data sets investigated by Brian Joiner.

***KEY INTERPRETATION: Note also that the influence of the confounding variable can also seriously affect the analysis in quantitative terms without making the correlation between the two variables of initial interest completely spurious***.

Susan replied to me to the effect that she had not to date been able to access any health data which could be usefully combined into her analysis, and she said that she would try to do so before she next talked to the Royal Statistical Society. (Roger Halliday, the Chief Statistician for Scotland, who has overall responsibility for this sort of thing in Scotland, later agreed with me about the importance of incorporating relevant health variables into the analysis, and said that he had already re-emphasised the importance of doing so during a conversation with Susan) Unfortunately, I was soon to learn from Dr, Stephen Pavis of the Farr Institute that negligible official data has been compiled in Scotland regarding the occurrences of side effects for patients who are prescribed with psychiatric medications !!!

This amazing piece of negligence has enormous consequences. The KEY INTERPRETATION described above can be rephrased by saying that ANY statistical investigation into the possible correlation or association between two variables (e.g, crime numbers and time, or any pair of variables considered in Susan's investigation) can be regarded as potentially flawed if both of these variables are thought to be correlated with some confounding variable, e.g. relating to the presence or absence of the side effects of some psychiatric medication. If the confounding variable is unobservable then the analysis is potentially irretrievable flawed. This potentially quite devastating phenomenon is quite glaringly relevant to the various statistical analyses performed by Susan, Ben, and Jonathan.

In her presentation to the Edinburgh Section of the Royal Statistical Society during May 2015, Professor McVie described her further, very detailed and complicated, analysis of changing crime rates in Scotland while, quite disappointingly, again promising to consider health variables at some later date. This time her data concerned numbers of reported crimes (rather than convictions) but aggregated over all age groups, During the discussion of her talk I said that 'the first thing I would do with the data would be to split it up according to several different age groups to see how her conclusions varied from group to group.'

To my immense surprise and bewilderment, Susan replied that the ages of the offenders had not been made available to her 'reported crime' data set by the Scottish Authorities (presumably because they hadn't all been recorded). Note however that Ben Matthews has observed an immense age effect when considering the convictions data (the ages of the convicted offenders were recorded),

The explanatory variable 'age' should now be regarded by Susan as a confounding variable, and its unfortunate omission from her 'reported crime' data set seriously affects the interpretability of all of her conclusions, I am scared that the Scottish Government, or the media, might anyway seize upon these conclusions, and take them as describing the 'gospel truth'.

In retrospect, I wonder whether it is feasible in terms of data handling to split Susan's data into several groups according to 'the average age of the offenders who were convicted for a particular crime', with all crimes for which no offender was convicted assigned to a separate category.

Susan did not focus too much on geographical variation either, even though Jonathan Winton regards this to be an important issue, Afterwards, Susan advised me that Police Scotland had been unable to report a number of potentially influential explanatory variables (e.g. concerning poverty, Workfare, alcohol, drug abuse and mental health) which might be used to construct personal profiles of the offenders.

To cap that, the Chief Statistician of Police Scotland advised me, over a convivial drink, to the effect that 'the crass way the police recorded their data didn't bear scrutiny'. This last piece of utterly gobsmacking information was provided to me 'in vino veritas', as they say! I often find it quite illuminating to take people-in-the-know for a drink. 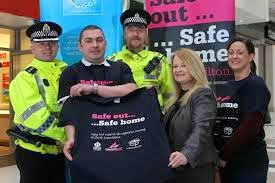 Professor McVie is working on these issues with several other leading researchers as part of the AQMEN Crime and Victimisation Scheme, which receives immense amounts of funding from the Scottish Government. I'd like to wish Susan and her colleagues the very best of luck in sorting out the statistical issues which were created by the naivety of the people who compiled the data sets. I wouldn't want to have to sort them out myself!

I have made further suggestions to Susan regarding generalisations of the Poisson distribution which might be more reasonable model 'overdispersion' of  her crime counts when compared with the rather restrictive generalisation she employs and which might well lead to an overall reduction of the total number of estimated parameters in her joint sampling model.

One of my suggestions parallels a generalisation of the binomial distribution described in my jointly co-authored ARTICLE in Psychometrika. See also the corresponding generalisation of the linear logistic model proposed by John Hsu. Another possibility is to regard the square roots of the counts as (approximately) normally distributed,. Estimated variances exceeding 1/4 then indicate overdispersion.

Please click on ON PSYCHIATRIC MEDICATIONS AND VIOLENT CRIME for descriptions of numerous cases in America where people taking toxic psychiatric medications have committed violent crimes---Is this the sort of thing which the Scottish authorities are trying to conceal by not reporting the full health statistics?I conjecture that a fair proportion of violent crime in Scotland is related to the side effects of such psychiatric medications as Zoloft, Ritalin and Prozac

Were these 170 SCOTTISH POLICE collecting their data in a fair and proper manner?

See MENTAL HEALTH DISCUSSIONS EDINBURGH for more detailed accounts of the widespread debilitating side effects of psychiatric medications, including anti-depressants, mood stabilisers and anti-psychotics. Almost all of them poison the enzymes, During my correspondences with various members of the Scottish Mental Health Inspectorate, including Mr. John Williamson, over the latest two or three years, I detected a distinct lack of official responsibility on these issues, and I suspect a conspiracy by senior Scottish civil servants to cover them up, perhaps at the behest of Big Pharma (i.e. the ever deceitful international pharmaceutical conglomerates)

I have greatly benefited from helpful advice from several members of the Edinburgh All Comers Writers Club during my preparation of this article. A couple of members have suggested that Ben Matthews' doctoral studies might greatly benefit from an in house investigation as to why so many important explanatory variables were disregarded during the data collection procedures. What do you think about this suggestion, Ben?

A response from Roger Halliday, the Chief Statistician of Scotland

Thank you for your note and opportunity to read your blog, which I did with interest. As I’m sure you appreciate, the police recorded crime data comes from Police Scotland operational systems, with the production of statistics being a use secondary. The primary use is clearly to manage individual cases and to support the management planning and performance more broadly within Police Scotland. As such, we have our Scottish Crime and Justice survey that asks about people’s experience of crime. It is the combination of these that helps build up a picture of crimes and offenses in Scotland.

Like we discussed when we met 18 months ago, what I’m particularly excited about is our ability to link administrative and survey data, using new external resources at the Scottish Informatics & Linkage Collaboration (SILC). Many of our toughest challenges in the public sector are ones whether the solution is delivered by coordinated action across a range of public services. Data linkage should very much help us understand the root causes of the issues we need to tackle, and what works in addressing those problems. Data linkage allows us the possibility of avoiding data having to be recorded on operational systems, at significant expense to the taxpayer, by linking data from different systems or surveys. These data linkage services are available to the academic community, with whom we in Scottish Government are increasingly partnering.

You did ask about routes for complaint. The first step is to get in touch with me or the justice statistics team (which you clearly have done).  The process is summarised in the attached link http://www.gov.scot/Contacts/Have-Your-Say/Making-Complaints.

CRIME STATISTICS: COUNTING SOMETHING THAT DOESN'T WANT TO BE COUNTED