On Corrado Gini and Bruno de Finetti, Statisticians in Fascist Italy, and Eugenics 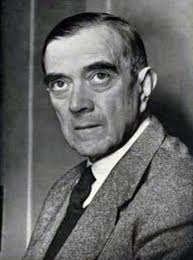 For Maria Sophia Quine's account of the dreadful racist Eugenics in the Mussolini era of the otherwise great Italian Statistician and Economist Corrado Gini see pages 392-394 of the Oxford Handbook of the History of Eugenics (2010). Gini lead the Italian delegation to the globally influential First International Congress of Eugenics in South Kensington, London in 1912, After that he practised so-called positive eugenics on the Italian and other Latin nations. He also pushed  his demography and population statistics ever closer to biology and human genetics in order to encourage the practice of very cruel negative eugenics on 'inferior' nations around the world.

Also in 1912, Gini published his much celebrated Gini Coefficient in a paper entitled Variability and Mutability, This is still a commonly used Economic index for measuring inequality of wealth, or income, in a population. 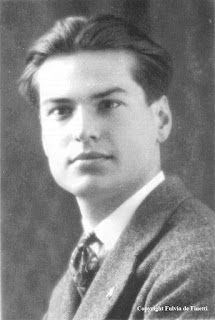 Bruno de Finetti (1906-1985) was a presumably misguided (e.g. by Gini) fascist whose over-mathematrized concept of 'coherence' has both bewitched and constrained the minds of Bayesian statisticians and scientists ever since.


De Finetti's 'axioms of coherence' are infinitely more complex than what they are taken to imply, and seem to attempt to impose false rationalities. They lead to an over-formalised notion of subjective probability, which is a reasonable enough notion in itself, though not globally applicable.

De Finetti-style coherence seems to me to be like a Eugenic-style notion of trying to 'improve the human mind'. Its origins lie in Fascist Italy. For later developments along these lines see BAYESIAN BRAINS.

De Finetti's early work in population genetics has been related by A.W.F. Edwards to natural selection. See, for example "Natural selection and the de Finetti Diagram (Cannings and Edwards, Annals of Human Genetics, 1968)


During the Mussolini Era, De Finetti developed models for predicting the evolution of the Italian population, though without getting much credit from Gini for his contributions. See Eugenio Regazzini's Interview in Statistical Science.These predictive models  may well have strongly impacted on the eugenic policies of Mussolini's regime in regard to immigration, emigration, and colonialist racial segregation. See,

This all set the scene for De Finetti's development during the 1930s of his mind-boggling 'justification' of (finitely additive) subjective probability by his highly prescriptive concept of coherence, Other mathematical probabilists found it necessary to add further technical details much later to ensure the mathematical accuracy of his 'proof'. See Eugenio Regazzini's Interview for all the key references to De Finetti's and Regazzini's work on this topic,

De Finetti proposed a thought experiment along the following lines:

You are required to fix the price of a promise to pay a dollar if an event A is true, and nothing if it is untrue, on the understanding  that the answer will shortly be revealed by a third party.

An opponent will be given the option of either buying the promise from you at the the price you have set, or require you to buy such a promise for your opponent, still at the same price.

By a piece of possibly twisted logic, De Finetti claims that the price P(A) you set can then be referred to as your 'operational' subjective probability that you assign to the possibility that A is true. You can similarly determine a supposed subjective probability for all events that are (measurable) subsets of some sample space S. De Finetti claims that, further to some further technical assumptions, the prices thus obtained do not expose you to a long run certain loss through a 'Dutch book', The so-called  'probabilities' (which don't look anything like subjective probabilities to me) are therefore called 'coherent'.

FOR PREVIOUS DISCUSSIONS OF THE AXIOMS OF COHERENCE (From my Personal History of Bayesian Statistics, 2014) please click on


A serious conceptual problem with the De Finetti axiomatization of subjective probability lies in the way it confounds with the concept of the utility of money and with the consequent interconnections with the Expected Utility Hypothesis (EUH) and Sure Thing Principle  as developed (from the 18th century ideas of Daniel Bernoulli) by the rather myopic L.J. Savage at the highly patriarchal and colonialist University of Chicago. But EUH has long been known to be paradoxical as far as the thinking of individuals, rather than the long-term profit-making financial institutions, is concerned. It can be used by financial institutions to make a long-term profit from investigators who are risk averse or need to protect themselves from short-term catastrophic loss, See for example the Allais and other paradoxes, as described in Chapter 4 of BAYESIAN METHODS (Leonard and Hsu, 1999), together with the further conclusions described in that chapter, Indeed, De Finetti published jointly with Savage in 1962. Their highly complex ideas are interwoven, as were the politics of the institutions in which they worked.

In Chapter 5 of OPTIMAL STATISTICAL DECISIONS (1970) Morris De Groot describes a simpler and much more appealing axiom system, which does not refer at all to monetary decision making but rather to an objective auxiliary experiment involving a spinning pointer. Nevertheless , De Groot's fifth axiom (which stipulates the existence of a random variable X on the unit interval) involves complex measure theoretic assumptions which are at best tautologous with the countable additivity of the resultant subjective distribution on the parameter space,


FOR FURTHER DISCUSSIONS OF THE EXPECTED UTILITY HYPOTHESIS AND ITS RAMIFICATIONS (also from my Personal History of Bayesian Statistics, 2014) please click on