EUGENICS AND THE AMORALIZATION OF ECONOMICS

THE ETHICS OF THE NEW EUGENICS

EUGENICS AND THE AMORALIZATION OF ECONOMICS
(Library of Economics and Liberty, 2002)


W.R. Greg's thesis was this: that the indisputable effect of the state of social progress and culture we have reached, of our high civilization in its present stage and actual form, is to counteract and suspend the operation of that righteous and salutary law of ‘natural selection’ in virtue of which the best specimens of the race—the strongest, the finest, the worthiest—are those which survive… and propagate an ever improving and perfecting type of humanity.

Eugenicists—biologists and economists alike—urged that selective breeding be used to improve the genetic make up of the race. Those who endorsed eugenic policies made their case in explicit opposition to utilitarian economists of the nineteenth century for whom the happiness of one counts as that of another (Hankins 1923, p. 398), and in opposition to democratic theory:


Democracy is still the fundamental religion of the nation, but grave doubts begin to appear as to the speedy realization of the happy day-dreams of our fathers. The land is full of strangers of alien race and tradition; in spite of popular education and heroic efforts at social betterment objective inequality has increased so that the wilful unbeliever must now admit it. Class lines are appearing even in the democratic west; even class war stalks through the land in which our cant-mongering political orators and purblind newspaper editors say there are no classes (Hankins 1923, p. 395).3

And the great cry that rises from all our manufacturing cities, louder than their furnace blast, is all in very deed for this,—that we manufacture everything there except men; we blanch cotton, and strengthen steel, and refine sugar, and shape pottery; but to brighten, to strengthen, to refine, or to form a single living spirit, never enters into their estimate of advantages. 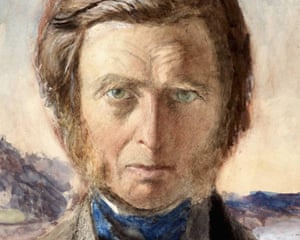 The seminal article by Levy and Peart concludes:


Conclusion: Fixed Human Nature is Revived at Chicago
But it would be foolhardy to presume that Eugenics has been completely discredited: “The eugenic case is made simply by looking at the pedigrees of the criminals who appear in court, and contrasting them with those of the judges. The overwhelming number of judges (however idiotic we may pretend they are) come from intelligent, decent families, and the overwhelming number of criminals come from stock that is violent and stupid…. in the future the state will decide [“eugenics”] is an inevitable policy. Rather than building yet another prison, some Home Secretary will institute a system in which, after the second or third rape, mugging, or armed robbery, the perpetrator is sterilised.” (“Our Future Lies with Eugenics”, by AN Wilson, The Daily Telegraph, 13 March 2002.)
While Eugenics is now commonly understood to have been influential but mistaken policy, the tension between economists who presume that agents are equally able to optimize, and those who wish to improve the economic competence of various groups, has never been fully resolved.
Hierarchical, and sometimes racial, accounts won the day well into the twentieth century, but near the middle of the century the Classical tradition of equal competence (homogeneity) was revived at Chicago. Not surprisingly, given the racial characterization focused on intertemporal decision-making, time preference was central in the Chicago revival. In his 1931 review of Irving Fisher’s Theory of Interest, Frank Knight voiced his skepticism about the common link supposed in economists’ accounts between time preference and race. Knight, and after him George Stigler and Gary Becker, questioned myopic accounts of intertemporal decision making. As the Chicago school revived the Classical doctrine of homogeneity it also (and by no coincidence) revived the presumption of competence even in political activity. But while the Chicago school returned the homogeneity principle to economics, the fate of ethical norms—Smith’s sympathy and reciprocity—has been one of relative obscurity. Removed from economics so that Eugenical remaking might occur, sympathy and reciprocity have remained largely outside economics.
The anti-race argument was made even more emphatically, perhaps, by Ludwig von Mises:
“[The ethnologists] are utterly mistaken in contending that these other races have been guided in their activities by motives other
than those which have actuated the white race. The Asiatics and the
Africans no less than the peoples of European descent have been
eager to struggle successfully for survival and to use reason as the
foremost weapon in these endeavors.”
—Human Action, London, 1949, p. 85.
Perhaps the modern film version of H. G. Wells’ Time Machine with its eugenic message of how those who do as they like are bound to devolve into subhuman parasites fit for extermination, will provoke a much-needed discussion. It was Wells after all who wrote this about the relationship between the state and “nature” when he criticized Galton’s “positive eugenics”:
I believe that now and always the conscious selection of the best for reproduction will be impossible; that to propose it is to display a fundamental misunderstanding of what individuality implies. The way of nature has always been to slay the hindmost, and there is still no other way, unless we can prevent those who would become the hindmost being born. It is in the sterilization of failure, and not in the selection of successes for breeding, that the possibility of an improvement of the human stock lies. (American Journal of Sociology 1904, vol 10, p. 11.) [emphasis added]

EUGENICS AND ECONOMICS IN THE MODERN ERA


THE ROAD TO EUGENICS

THOMAS C. LEONARD ON THESE TOPICS