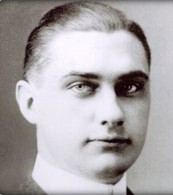 HISTORY OF S..A.T  MIRED IN RACISM AND ELITISM

Carl Campbell Brigham (July 10, 1890 – January 24, 1943) was a professor of psychology at Princeton University's Department of Psychology and pioneer in the field of psychometrics. He sat on the advisory council of the American Eugenics Society and his early writings heavily influenced the eugenics movement and anti-immigration legislation in the United States, but he later disowned these views toward the end of his life. He created the SAT for College Board.

At the outbreak of World War I, Brigham joined the military and was commissioned as first lieutenant in the Sanitary Corps, psychological service from October to December 1917 at Camp Dix. He was then assigned to the Surgeon General's office in Washington, D.C., where he worked with Robert Yerkes to administer the army mental tests to US Army recruits. From January to March 1918 he was at Camps Meade, Lee, and Gordon to conduct psychological experiments. In April 1918, he was assigned to the Tank Corps, but he never served overseas.[4]
After the war was over, Brigham joined Princeton as a faculty member in 1920 and began working on adapting the army mental tests for use in college admissions.[6]
In 1923, Brigham published his influential book, A Study of American Intelligence. Analyzing the data from the World War I army mental tests, Brigham came to the conclusion that native-born Americans had the highest intelligence out of the groups tested. He proclaimed the intellectual superiority of the "Nordic Race" and the inferiority of the "Alpine" (Eastern European), "Mediterranean," and "Negro" races and argued that immigration should be carefully controlled to safeguard the "American Intelligence."
By 1925, Brigham had devised his own college admissions test, known as the Princeton Test.[6]
In 1926, Brigham created the SAT for College Board.[6]
In his 1930 paper "Intelligence Tests of Immigrant Groups," Brigham recanted his 1923 analysis of the results of the Army Mental Tests. Due to having used prejudicial test administration and analytical techniques in his original research (he had not taken into consideration that the first language of some of the people he studied was not English), he acknowledged that his conclusions were "without foundation" and stated "that study with its entire hypothetical superstructure of racial differences collapses completely."[7][8] Nevertheless, it had already been instrumental in fueling anti-immigrant sentiment in America and in the eugenics debate. It was used effectively by Harry Laughlin in the 1924 congressional debates leading to anti-immigrant legislation.
Brigham died January 24, 1943, in Princeton, New Jerse
Posted by Thomas Hoskyns Leonard Blog at 19:32