THE APOLLO GOAT SHRINK---AN EXCERPT FROM MY LATEST NOVEL 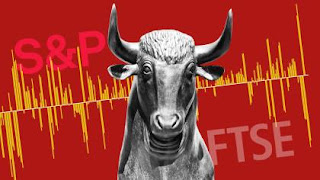 By the time she was sixteen, Pippa had received a couple of 'Top of the Form' prizes. But things began to go dreadfully wrong. She'd only just completed her Standard Grade exams, when her eagle-eyed chemistry teacher took her to task. To cut a long story short, the cruel Talking Tigress walloped Pippa with a thick wooden paddle until her flesh was raw. And that was only for smoking weed with the other hockey players behind the changing rooms.

A wimpish pupil might well have caved in and promised never to play up ever again. But Pippa went a bit manic and took a grip of the tigress's throat, without any intention to squeeze hard at all.


And suddenly a police van turned up with sirens wailing! The pig-rozzers dragged the enraged teenager away, and confined her for observation to the Royal Triv on the bleak southern shore of Lake Osiris. She felt guilt-ridden, and she wasn't that naive. She wouldn't be treated with kid gloves.


After completing a couple of mind-probing questionnaires for the Trinkon invigilators, Pippa was hauled up a steep flight of stairs and thrown head-first onto a purple carpet. The leading neuron-dissection specialist on Qinsatorix, a cantankerous Apollo Goat, doubtlessly believed he was some godhead or other. Looking a touch bored, he glanced at Pippa's notes, and told the Trinkon orderlies to inject her left rib with five hundred millilitres of modecate. The sugary blue creatures obliged and the needle tore into the bone.

“How could I have done such a thing?” howled Pippa.

“You're an Earthling,” snarled the specialist. “It's in your nature.”


The old goat continued to read Pippa's notes, before holding forth. “Well now, Miss Pipette. You're very high on the scale of intense humanoid badassery. I therefore have no hesitation in diagnosing you as suffering from Borderline Bad Ass Deficiency. I proscribe half-daily doses of chlorpromazine. If you promise to behave yourself, you will be permitted to take them orally.”

“How do I know that chlorpromazine is safe?” wailed Pippa.

“Because it's one of the select brands that Friedrich Finney tested on over 20 Apollo Mules for his Interplanetary Drug Monitor.”

“Who the fuck is that fish?”

“Finney's no fish. He's a top quality, two-hundred-year old eugenicist, who worked at the feet of Hans-Dieter Fisher at UCL on Las Alamos. Fisher enjoyed squeezing rats to death in his bare hands, and that certainly improved the rodent population. And talking about your own family history of recessive abnormalities ...”

Pippa knew what eugenics was about. She'd studied the tiresome subject at Standard Grade.
“I don't want to be sterilized,” she shrieked.