The seven Prime Ministers who died in office 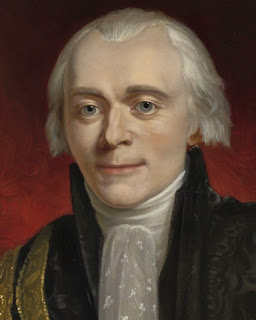 At 5:15 pm, on the evening of 11 May 1812, Perceval was on his way to attend the inquiry into the Orders in Council. As he entered the lobby of the House of Commons, a man stepped forward, drew a pistol and shot him in the chest. Perceval fell to the floor, after uttering something that was variously heard as "murder" and "oh my God".[14] They were his last words. By the time he had been carried into an adjoining room and propped up on a table with his feet on two chairs, he was senseless, although there was still a faint pulse. When a surgeon arrived a few minutes later, the pulse had stopped, and Perceval was declared dead.[7]
At first it was feared that the shot might signal the start of an uprising, but it soon became apparent that the assassin – who had made no attempt to escape – was a man with an obsessive grievance against the Government and had acted alone. The assassin, John Bellingham, was a merchant who believed he had been unjustly imprisoned in Russia and was entitled to compensation from the government, but all his petitions had been rejected.[14] Perceval's body was laid on a sofa in the speaker's drawing room and removed to Number 10 in the early hours of 12 May. That same morning an inquest was held at the Cat and Bagpipes public house on the corner of Downing Street and a verdict of wilful murder was returned.[7]

One of Perceval's most noted critics, especially on the question of Catholic emancipation, was the cleric Sydney Smith. In Peter Plymley's Letters Smith writes:

If I lived at Hampstead upon stewed meats and claret; if I walked to church every Sunday before eleven young gentlemen of my own begetting, with their faces washed, and their hair pleasingly combed; if the Almighty had blessed me with every earthly comfort–how awfully would I pause before I sent forth the flame and the sword over the cabins of the poor, brave, generous, open-hearted peasants of Ireland


John Bellingham was tried on Friday 15 May 1812 at the Old Bailey, where he argued that he would have preferred to shoot the British Ambassador to Russia, but insisted as a wronged man he was justified in killing the representative of his oppressors. 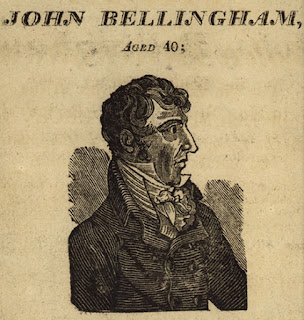 He made a formal statement to the court, saying:[3]

Recollect, Gentlemen, what was my situation. Recollect that my family was ruined and myself destroyed, merely because it was Mr Perceval's pleasure that justice should not be granted; sheltering himself behind the imagined security of his station, and trampling upon law and right in the belief that no retribution could reach him. I demand only my right, and not a favour; I demand what is the birthright and privilege of every Englishman.
Gentlemen, when a minister sets himself above the laws, as Mr Perceval did, he does it as his own personal risk. If this were not so, the mere will of the minister would become the law, and what would then become of your liberties?
I trust that this serious lesson will operate as a warning to all future ministers, and that they will henceforth do the thing that is right, for if the upper ranks of society are permitted to act wrong with impunity, the inferior ramifications will soon become wholly corrupted.
Gentlemen, my life is in your hands, I rely confidently in your justice.

Evidence was presented that Bellingham was insane, but it was discounted by the trial judge, Sir James Mansfield. Bellingham was found guilty, and was sentenced to death.[3]
Bellingham was hanged in public three days later. René Martin Pillet, a Frenchman who wrote an account of his ten years in England, described the sentiment of the crowd at the execution:[4]

Farewell poor man, you owe satisfaction to the offended laws of your country, but God bless you! you have rendered an important service to your country, you have taught ministers that they should do justice, and grant audience when it is asked of them.

A subscription was raised for the widow and children of Bellingham, and "their fortune was ten times greater than they could ever have expected in any other circumstances".[4] His widow remarried the following year.
Bellingham's skull was preserved at Barts Pathology Museum.[5]
In September 2009 the St Neots Local History Society erected a plaque on Bellingham House in St Neots. The house, on the corner of Huntingdon Street and Cambridge Street, is said to be the birthplace of Bellingham.[6]
Posted by Thomas Hoskyns Leonard Blog at 17:43