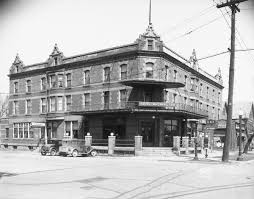 I drank regularly in the Hotel Washington soon after I came out as an LGBT person, and from 1984 to 1995. I met Greg, my first partner there in 1984, and I found the music and dancing in the New Bar to be extremely inspiring for an LGBT person. The hotel burnt down in 1996, after I'd left the U.S.A. I attended Rodney Scheel's funeral in 1990. Many of my friends died of AIDs, and several others, including Eric and Bruce who I also met in Rod's during 1984, were diagnosed with AIDS/HIV before I left. My friend and neighbour Professor James Koutsky died in a gay drugs party in his house on Gregory Street several months before I left. I'd also met him in Rod's in 1984, and had enjoyed a close (platonic) friendship with him for eleven years,

I first went to the Club de Wash in about 1979 or 1980 with my straight friends and colleagues, and ate over the years in the Cafe de Palms. I came out in a bar on West Washington Avenue called Sam's, and later also drank in the Shamrock and Cardinal near the Capitol Square. I took part in an AIDS/HIV ministry and was at one time Convenor of Integrity-Dignity of Madison, I was a gay rights activist for a couple of years and in 1989 I gave a key speech to the full UW faculty concerning discrimination by the military against supposedly gay students 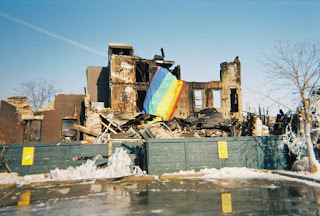 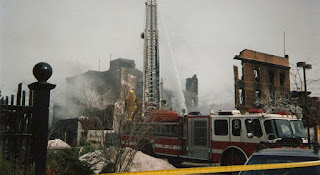 According to my friend Daniel O'Brien, who visited me in Edinburgh during 2001,an Evangelical Christian fireman leapt around outside celebrating the burning, while the trans people were still trying to escape from the higher floors