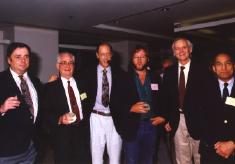 I proudly founded this Society in 1992 with Arnold Zellner and Gordon Kaufmann.(see picture  of us at the first ISBA conference in San Francisco in 1993), And now I belatedly hear (while recovering from an injury) that our first co-president and two apparently worthy members have been publicly shamed. I thought that two of these gentlemen were my friends and I have informed Brad Carlin that I am blocking him from Facebook. I very much approve of ISBA's actions and in Nancy Flourney's assessment** on behalf of the Caucus for Women in Statistics,

I am sure that my dear friend Arnold Zellner would have wanted ISBA to always be an intersectional society. It should now be run by younger people who are willing to adhere to Arnold's ideals according to modern standards. I appeal to all those older members and fellows who have traditionally played elitist, chauvinist roles to let our young people run ISBA as they wish.

I am still proud to be a founding fellow of ISBA, and wish the Society the very best of luck as I get ever older. 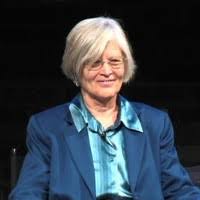 Professor Nancy Flournoy
**Dear Colleagues,
I commend the International Society for Bayesian Analysis for taking concrete steps to identify
and censure Drs. José-Miguel Bernardo, Brad Carlin, and Steve Scott as sexual predators in their
community. I personally have known Dr. Bernardo to be relentlessly obnoxious for
decades. May other Societies to follow ISBA’s lead; and may CWS members help to reveal
persons who habitually prey on others.
CWS is forming a group to provide leadership and leverage in the #MeToo+ movement, where
the “+” denotes other harassed groups, including those targeted by race and ethnicity. If you are
interested in participating, contact me and/or attend the #MeToo+ “volunteer” table following
the CWS annual business meeting and reception at JSM if you will be there in Vancouver
(Monday, July 30, 7:00-10:00PM, F-Malaspina). We need volunteers to help with this
initiative.
CWS would like to engage our members as well as members of the general statistics community
in long-overdue dialogue on how, as a community, we can change the culture to promote
equality, educate members on implicit bias, and work towards a balanced power dynamic.
Simply exposing the cases, old or new, is not enough. We owe it to the future generation of
women statisticians to cultivate an environment in which they can thrive.
Sincerely,
Nancy Flournoy, PhD
Caucus for Women in Statistics, Former President
University of Missouri Curators Distinguished Professor Emerita
https://en.wikipedia.org/wiki/Nancy_Flournoy 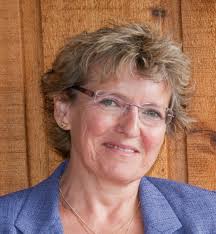